Join us for this magical experience in

VANCOUVER, BC- As Chinese Lunar New Year Approaches, Vancouver Spring Show™, presented by Spring Show Organization Production Society and Simon Fraser University Dance Program, is thrilled to announce the 10th year of this locally produced dance and musical show that combines Chinese and Canadian cultures. The show not only highlights Chinese and Canadian dance traditions but uniquely integrates into a “Lion King” level of performance.

In an era of cultural divisions around the world, we are proud to present a production that promotes the true meaning of multiculturalism in Canada

We insist on creating the most unique theatrical experiences for our audiences. The Vancouver Spring Show is a celebration of multicultural performing arts which thrives to provide a platform for local artists to connect with international stars,

This year’s story is the “Nine Coloured Deer”, which is the acclaimed mythical dance drama is directed by the founder of “The Vancouver Spring Show™”, Ms Cherry Tao.

“The Nine Coloured Deer”, a sincere dance theatre production by renowned Chinese and Canadian dance academies. After 2 years of hard work, It is a perfect collaboration of East and West,” said Tao. “By featuring over 20 international leading artists, it is a time to celebrate a fusion of Ballet, Chinese classical, DunHuang, Persian, Indian and Contemporary dance.

Prime Minister Justin Trudeau previously commented on the importance of events like the Vancouver Spring Show. “Across Canada and around the world, people of Chinese heritage will gather together to celebrate the start of a new year. This wonderful occasion is an opportunity for all Canadians to reflect on the important contributions of the Chinese community to the multicultural fabric of Canada.”

Rob Kitsos, from Simon Fraser University’s School for the Contemporary Arts, will be an artistic advisor for the 2020 show. Kitsos, is an acclaimed dancer, professor, performing artist and choreographer who has appeared with dance companies across the United States, Asia and Europe.

I am so pleased to be involved in this performance -a great collaboration between many different voices. As we celebrate Chinese Lunar New Year, it will highlight the artistic and cultural connection between China and Canada,

About the Nine Coloured Deer

The unprecedented, warm hearted Chinese dance drama originated from the ancient cave drawings in Dunhuang. Being the only jātaka illustration at Mogao Caves using an animal as the protagonist. The nine coloured deer came to life as a representation of benevolence and good deeds. After a while the greedy queen wanted its beautiful fur and demanded its death. A man who was once saved by the nine coloured deer turned his back on the deer and exposed the whereabouts of the deer. The nine coloured deer was able to love and forgive even after the merciless betrayal. The inspirational love from the deer reminds us of the moral “to forgive is divine.”

This acclaimed mythical dance drama is directed by the founder of “The Vancouver Spring Show™”, Ms Cherry Tao. “The Nine Coloured Deer”, a sincere dance theatre production by renowned Chinese and Canadian dance academies. After 2 years of hard work, It is a perfect collaboration of east and west. By featuring over 20 international leading artists, it is a time to celebrate a fusion of Ballet, Chinese classical dance, DunHuang dance, Persian dance, Indian Dance and Contemporary dance. 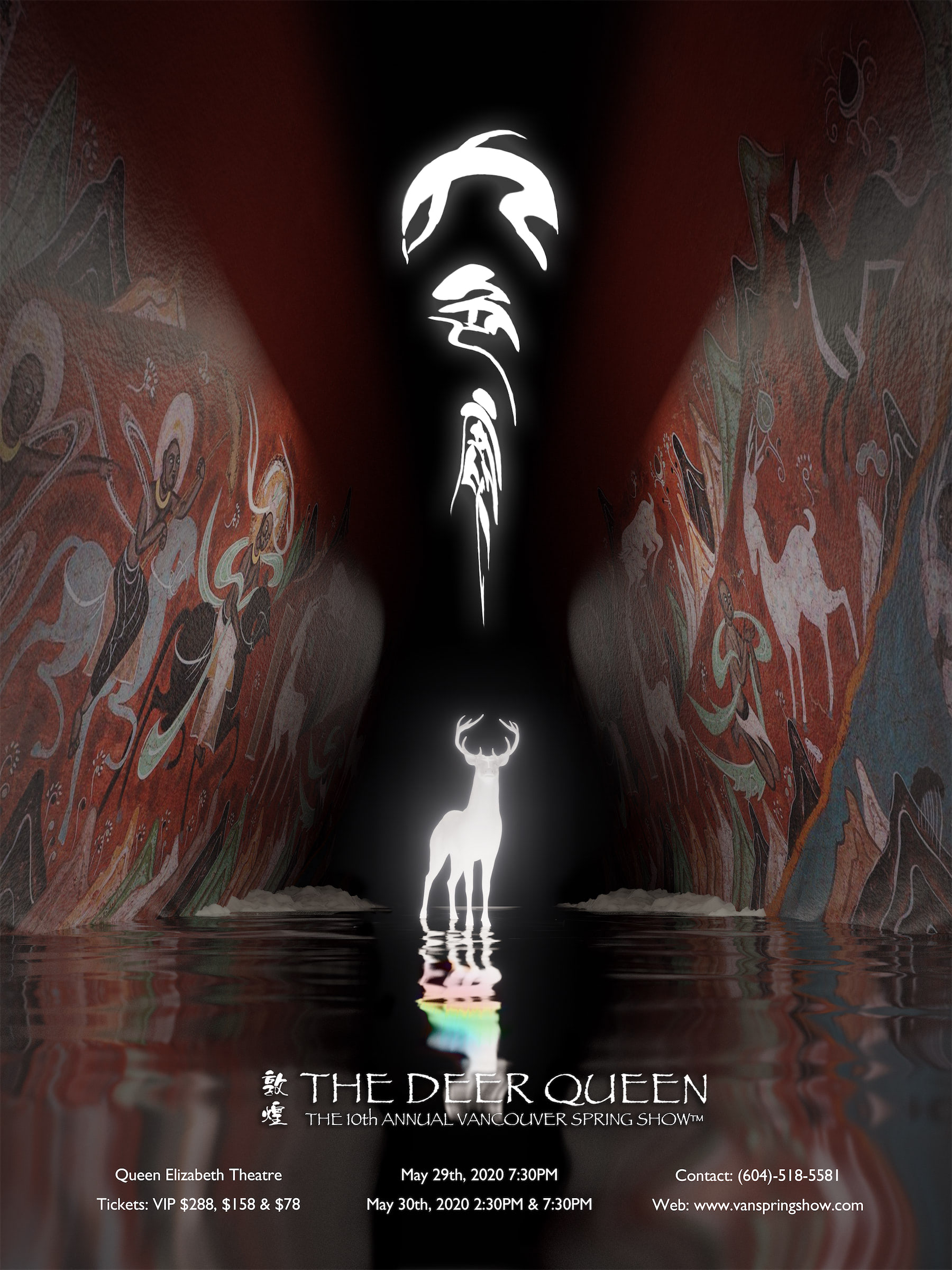 “The Nine Coloured Deer” will be something different from what you have seen. Our production team understands that you have seen it all, the traditional monotonous ballet and Chinese dance. We are here to break the traditional image of dance drama and celebrate different dance styles. We are here to tell a sincere story from 1500 years ago. The surreal dance performance and gasp worthy stage effects will take the audiences back to the ancient Chinese mythical story and see the nine coloured deer themselves.

Scan QR code or search Wechat ID: vanspringshow to follow us on WeChat. 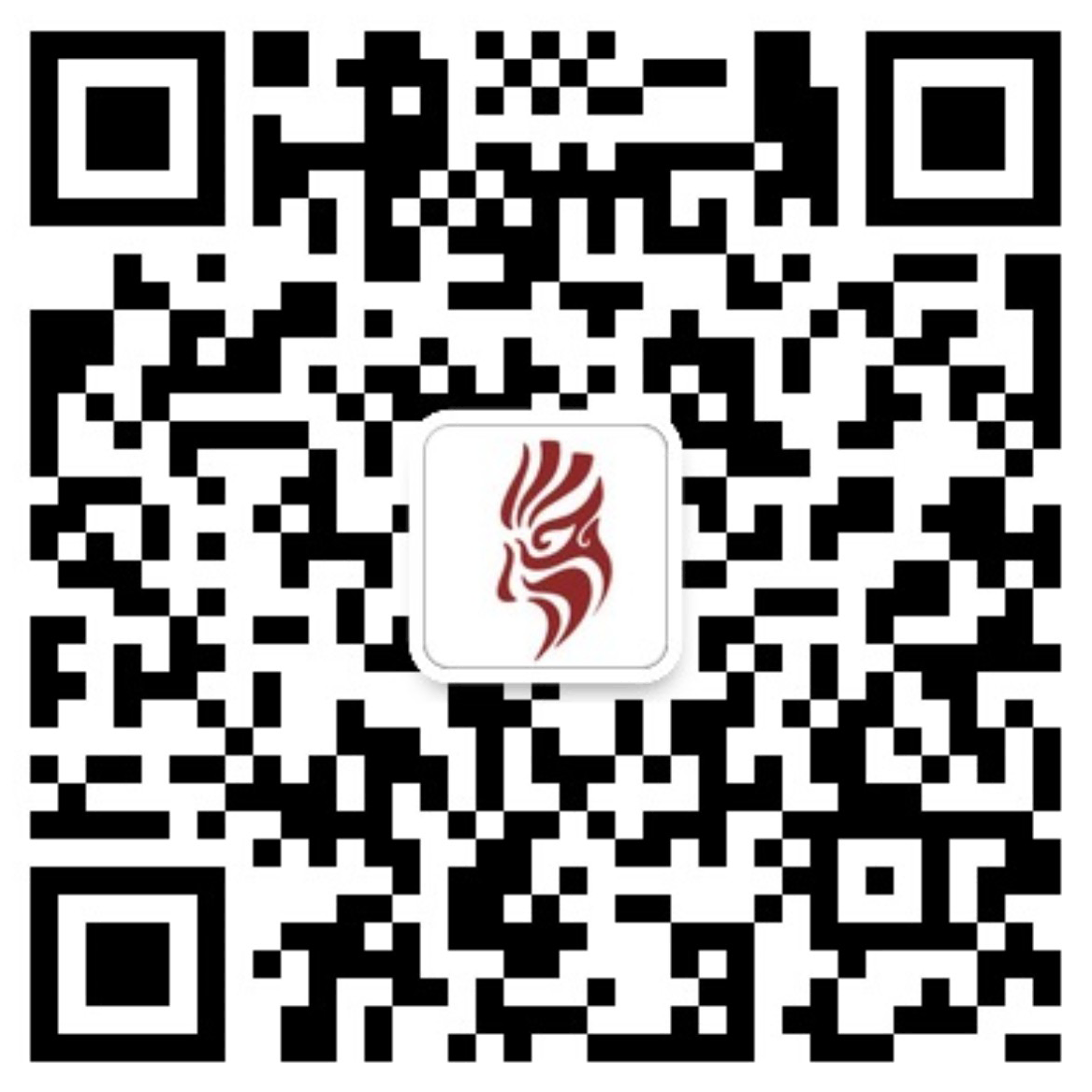